Or why the BI Office in 10.1.3.3 provides the ability to insert BI Chart views inside Excel and PowerPoint as native Office charts, or as static images, or as Flash objects (only in PowerPoint).

I would suggest you go to Wikipedia and read up this page that describes the fascinating history of Flash - the player, the platform, and format, all. Also read this page on Wikipedia - Category:Graphics file formats, lots of very useful information there.

As far as BI EE is concerned, Flash charts offer greater quality and interactivity than raster based image formats like PNG or JPEG.

BI Presentation Services however do offer you the choice of having charts render in vector based Flash or SVG formats, or as raster based PNG or JPEG images. 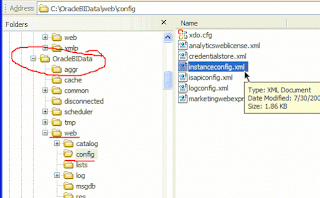 Open the instanceconfig.xml file using a text editor and insert these three lines in the file:

After that go to Answers and view any chart that you had created earlier (you could even create new charts, but I thought this may be quicker), and check the properties of the chart that comes up:

Since I specified PNG as the image type, the bar chart below shows up as a PNG image in Answers. 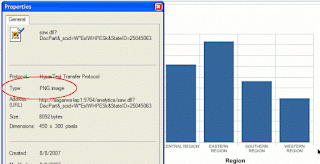 The same bar chart as a JPEG image.

And as an SVG image. 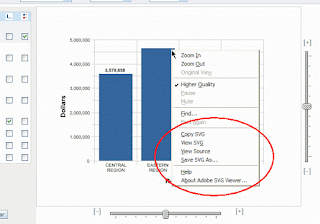 (ठीक है ठीक है) theek hai theek hai I get it.
All this is also available in the documented Presentation Services Administration Guide (PDF): see the section "Specifying the Oracle Business Intelligence Chart Image Type" on page 50 of the doc.

So, coming back to the original question, "why Flash", the short answer is that Flash is a vector based image format and provides better quality, more interactivity (like mouse over tooltips, etc...), and charts inserted as Flash objects in presentations generally tend to look better than raster based images.

Let's elucidate with an example. 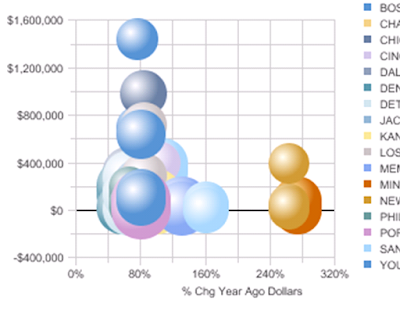 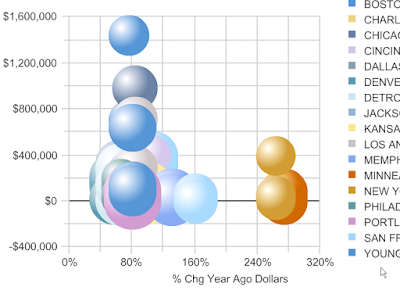 See with another example:
For a pretty small chart the size of the image file is 22KB 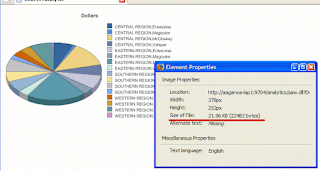 while the Flash chart (.swf file) is 26KB (actually a little bit larger than the image file). 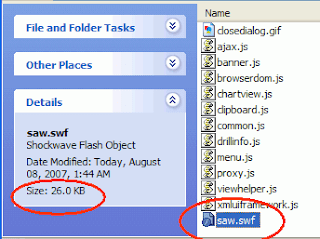 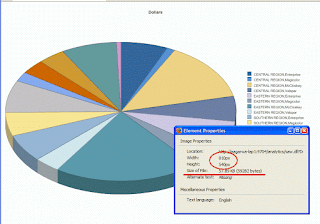 while the Flash file increases in size by only 20% to 31KB. 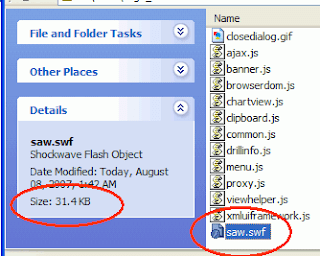 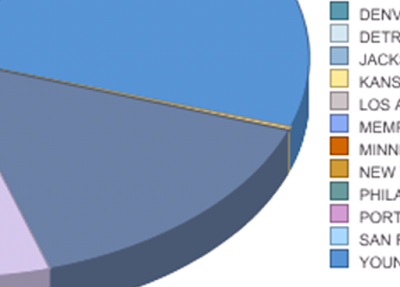 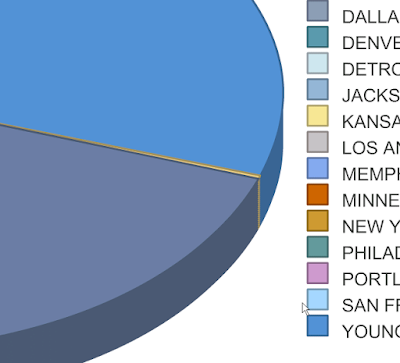 Kyon? bolo bolo, kuch to bolo!
This is one example where we found that removing functionality can actually be a good thing and make the product better.
Tags: 10.1.3.3, BI Enterprise Edition, Office
Newer Post Older Post Home