Amazon Launches Prime Music in India. What It Means for the Indian e-commerce Market 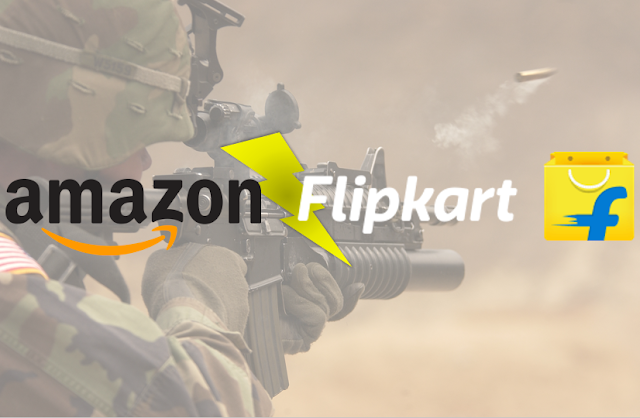 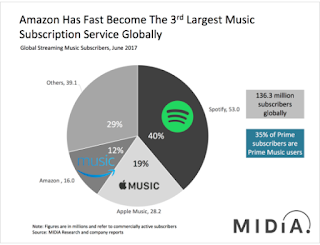 According to Amazon, “Prime Music provides unlimited, ad-free access to on-demand streaming of curated playlists and stations, plus millions of songs and albums at no additional cost for eligible Amazon Prime members.”

I gave the PrimeMusic service a spin, and after two days of trying it out, I came away reasonably impressed. If you are already a subscriber to Amazon’s Prime service, you don’t need to do anything more than downloading the PrimeMusic app (available on most mobile operating systems, including iOS and Android). The service is also available on web browsers. The selection is impressive, and the curated lists are fairly comprehensive. For someone like me who has a preference for older Hindi soundtracks and likes listening to Mohd Rafi, I was pleasantly surprised to find a broad array of choices at my disposal. I can create my own playlists, listen to curated playlists, or listen all day long to stations. I spent all Sunday streaming songs from the service to my speakers. The service restricts streaming on only one device at a time, however. For morning listening, there is an acceptable, though not comprehensive, selection of devotional songs. The price too is right. Where that leaves other services like Gaana, Saavn, Wynk, Hungama, and others remains to be seen. The future does not look very promising, to be frank. But more on this later.

From a first look, the Amazon PrimeMusic service seems to have hit the ground running.

It is worth noting that it was in May 2014 that Flipkart had launched Flipkart First, a membership program patterned on Amazon Prime, which cost ₹500 a year, and which promised “Free shipping on your orders*“, “in a day” delivery for most products, and “Discounted same day delivery*“. In the more than three years since its launch, Flipkart has not added any new benefits to its First program. It was more than two years after Flipkart First’s launch that Amazon launched its Prime service in India (see my article). At the time, I had remarked on the lack of focus on Flipkart’s part to promote its FlipkartFirst service.


“But for reasons best known to Flipkart, after an initial flurry of promotion and advertising, including a three-month giveaway to 75000 customers, Flipkart did not seem to pursue it with any sort of vigor. Customers complained of many products being excluded from Flipkart First, and in the absence of any sustained campaign to make customers aware of the programme, it has slowly faded from memory. … Worse, there was a news story on July 20th about Flipkart planning to launch a programme called “F-Assured”, as a replacement to Flipkart Advantage. The story suggested that the launch of F-Assured was also meant to “preempts the launch of Amazon Prime” — something that did not come to pass.”

It, therefore, came as no surprise when there were news reports in late 2017 of Flipkart looking to “relaunch” its Flipkart First program in collaboration with other e-commerce vendors and startups like MakeMyTrip, Ola, and BookMyShow (article in Mint and Economic Times). The article also mentioned that Flipkart “lost focus in making it work. Customers didn’t take to it and the service fizzled out.”

Contrast this with Amazon’s focus on making its Prime program a success. So much so that this is what Amazon founder and CEO Jeff Bezos had to say in his annual letter to shareholders in 2015:


“AWS, Marketplace and Prime are all examples of bold bets at Amazon that worked, and we’re fortunate to have those three big pillars.”

It is not as if Flipkart had not ventured into the music business. In Feb 2012, it had launched its online music store, Flyte, and in June 2013 shuttered it. I wrote about it in my article in DNA in 2015. According to one website, the reasons for Flyte being shut down were several, from poor marketing support, digital piracy, low revenues, and more.


“Flyte, with low revenues and low growth, remained a low priority business, and it never got the marketing support needed to push for an increase in sales. A couple of people we spoke with repeatedly emphasized the lack of marketing support as a key reason for Flyte’s lack of success – Flyte built traction almost entirely on word of mouth, while the physical goods business got all the marketing spends.”

Second, the financial reasons for which Flipkart shut down Flyte, even if true, defy belief. For a company that had raised thousands of crores of rupees (billions of dollars) in funding, persisting with a new and promising line of business that would burn a hole of a few million dollars a year should have been a no-brainer. Except, that it wasn’t.


"Flyte Music had struck deals for India based music downloads on web and app by paying music labels an aggregate minimum guarantee (MG) of around $1 million (Rs 5.5-6 crores) for the year, multiple sources told MediaNama. … Revenues from song downloads were fairly low – not even 50% of the minimum guarantee amount (only around Rs 2-3 crore is what we heard), and the ARPU was around Rs 9-12 per user, which made it difficult to justify the minimum guarantee, and any significant customer acquisition costs." [Medianama article]

One can only speculate what Flipkart’s competitive response would have been had it not prematurely abandoned its foray into digital music.


The Battle-lines and the Battleground 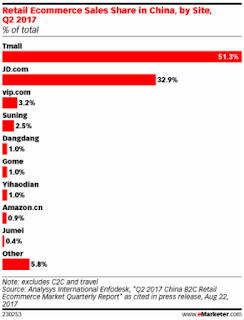 More pertinently, what seems to be clear is that Amazon is betting heavily on India. Having lost the race in China, it has pulled out all stops to turn its India operations into the market leader in the country. According to this article, Alibaba had a 51% market share, while Amazon had less than 1%. Clearly, India is a market Amazon can ill-afford to lose.


The battle for space on the consumer’s smartphone screen is also one of numbers. On this dimension, Flipkart has but one app in its arsenal – its shopping app. The second app is the “Flipkart Seller Hub”.
On the other hand, Amazon has a formidable presence that allows it to land-and-expand: its shopping app, Music, Prime Video, Now (for hyperlocal grocery shopping), Kindle, Drive, Assistant, Photos, Fire TV, Go, Alexa, and more. In all but the shopping space, Flipkart is more of an out-of-sight-out-of-mind case.

People may remember that it was in November 2015 that Flipkart had launched, on an experimental basis, its hyperlocal grocery delivery app, Flipkart Nearby. It was a smart and timely competitive, pre-emptive move against Amazon. Unfortunately, even that was shut down a short few months later in 2016 as Flipkart doubled down on clamping down on its bleeding bottom-line.

But this is only one half of the picture. To understand the other half, it is important to look at the entities that have been funding Flipkart in recent times. According to website Crunchbase, Flipkart saw investments from eBay, Microsoft, Tencent, and Softbank to the tune of $2.5 billion in its last funding round. According to online news site Recode, Flipkart is the largest e-commerce investment Softbank has made from its $100 billion fund. Furthermore, there have been persistent rumours that brick-and-mortal behemoth Walmart has been looking to invest in Flipkart. As recently as January 2018, there were several news stories that talked about the possibility of Walmart acquiring a 20% stake in Flipkart at valuations that could touch $20 billion. To put that in perspective, Walmart’s biggest acquisition to date was its purchase of online e-commerce site Jet.com in August 2016 for $3 billion in cash and $300 million in Walmart shares. Jet.com had been founded by Marc Lore, who had earlier been a co-founder of Quidsi, the company behind the website Diapers.com, and which had a very bruising battle with Amazon a decade back. This is another fascinating story that I mentioned in my article here.

All this points to one inescapable conclusion – the battle in India for e-commerce market leadership is no longer between just Amazon and Flipkart. On one side you have Amazon with its relentless focus on execution and remarkable track record of having won many more battles than it has lost. On the other side, you have Flipkart that is now backed not only by billions of dollars in fresh funding, but also a diverse array of interests like Tencent, Alibaba, Microsoft, eBay, Softbank, and possibly even Walmart. These entities seem to be bound by their unanimous need to put all their wood behind the arrow that is Flipkart. This is no longer about investing in the Indian e-commerce market to get a hefty multiple on their investments. It is now looking more and more like the OK Corral where the final shootout will take place. Place your bets on who will come out of this scrap as Wyatt Earp.

This article first appeared in OpIndia on March 7th, 2018.
This was also cross-posted on my personal blog.