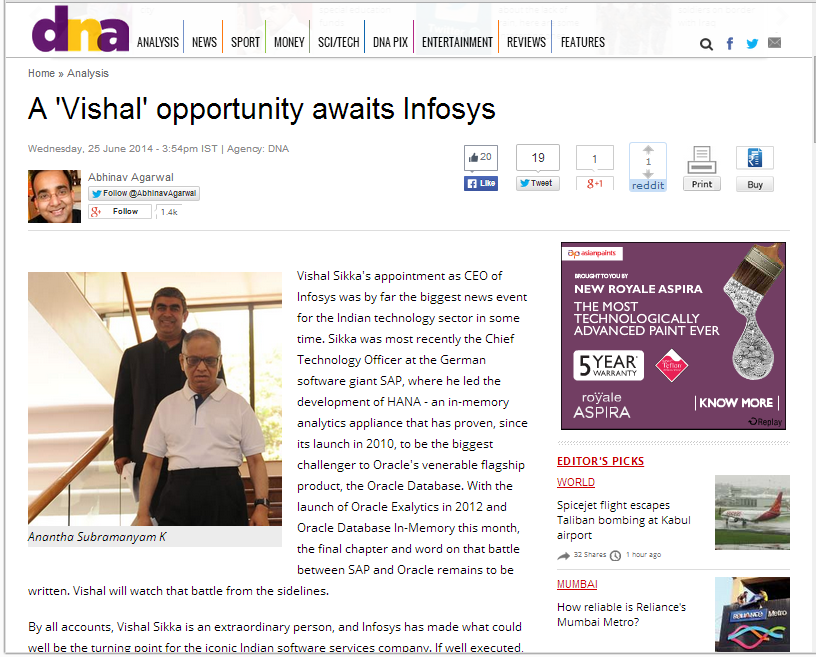 My article in the DNA on Vishal Sikka's appointment as CEO of Infosys was published on June 25, 2014.

This is the full text of the article:


Vishal Sikka's appointment as CEO of Infosys was by far the biggest news event for the Indian technology sector in some time. Sikka was most recently the Chief Technology Officer at the German software giant SAP, where he led the development of HANA - an in-memory analytics appliance that has proven, since its launch in 2010, to be the biggest challenger to Oracle's venerable flagship product, the Oracle Database. With the launch of Oracle Exalytics in 2012 and Oracle Database In-Memory this month, the final chapter and word on that battle between SAP and Oracle remains to be written. Vishal will watch that battle from the sidelines.