Global warming is a serious yet controversial enough topic without bringing in bad data visualizations practices into it. The Wonkblog on the Washington Post has an article titled, "You can’t deny global warming after seeing this graph". The post reproduces a chart prepared by the World Meteorological Association that plots global temperatures by decade. While the data shows that the last decade, 2001-2010, was the hottest on record, the graph uses a broken Y-axis that begins at 13.4°C instead of starting at zero. The chart does not hide this fact, and you can see that the chart's Y-axis starts at 13.4°C, but the most visually prominent piece in the graph is, well, the graph! And it screams the message that global temperatures are going off the charts - it's time to panic. There is no denying that we as a world need to get serious about investing in alternative and renewable sources of energy like solar, wind, and even nuclear, but this graph is just plain bad.

The data: (from the web page): 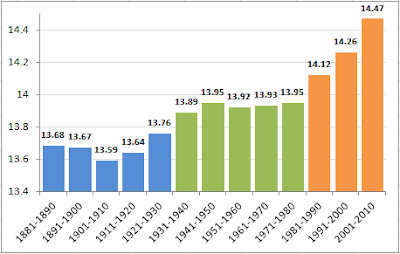 How the data appears in a bar graph if plotted with the Y-axis starting at 0. 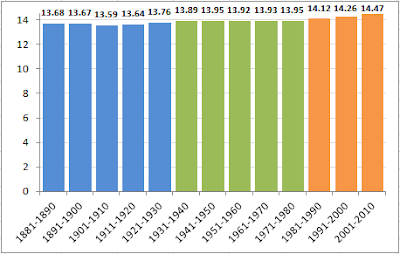 For time-series data I think the line graph is much better suited as a data visualization. The same data if plotted as a line graph:
First, with the Y-axis starting at 13.4: 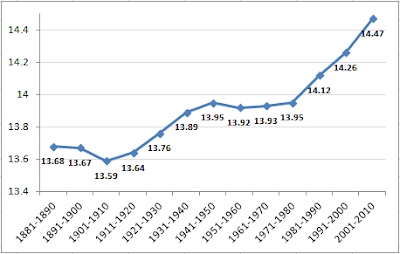 And now with a normal, unbroken Y axis that starts at zero: 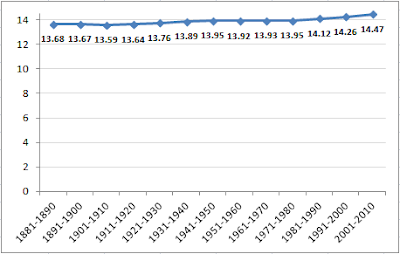 When you resort to such gimmickry to buttress your point, it not only hurts your credibility but also harms the cause.

Update: what if we decide to plot the inter-decade differences in temperatures as a percentage difference? Would that make a difference? Perhaps, but here again, the choice of scale you use makes a huge difference in perception.

Using a scale to maximize differences. 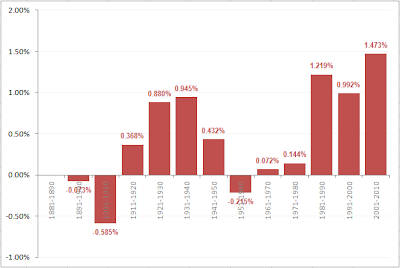 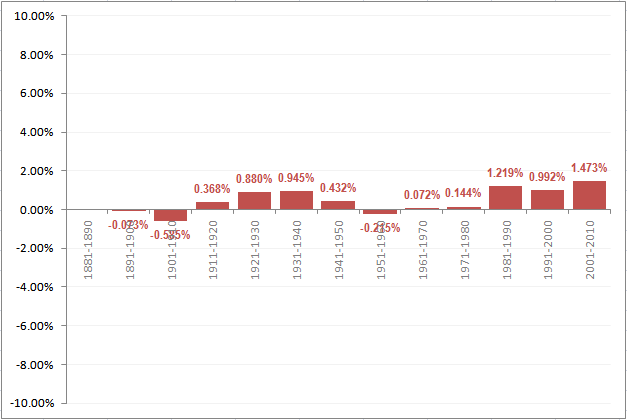 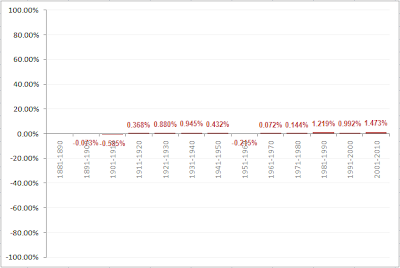