This summer (around August), there will be a new Discoverer release that will contain a few new features. The biggest news is in the OLAP area, where support for custom (or calculated) members will be available, with support in Discoverer OLAP (D4O) as well as the Spreadsheet Add-In (link to Oracle Business Intelligence Suite Standard Edition page on OTN). Also, there are six new graph styles that have been added to the list of available graph styles that were introduced in the 10.1.2 release (see section 1.2.3 of the the "Discoverer Statement of Direction" for some screenshots) - April, Comet, Confetti, Glass, Nautical, Southwest. See below screenshots of a 3D graph with each of these styles applied. 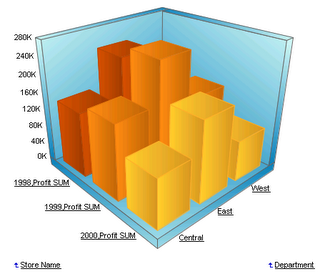 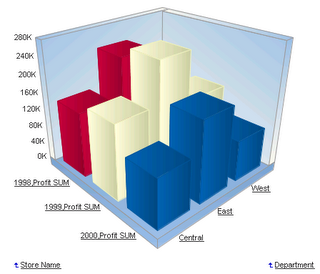 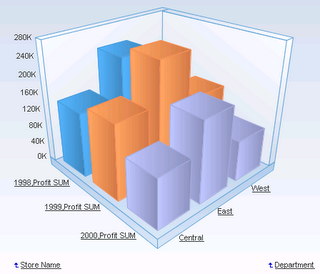 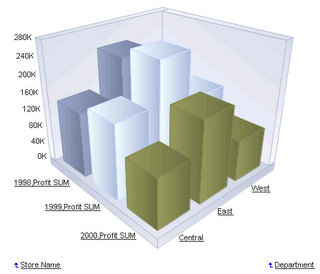 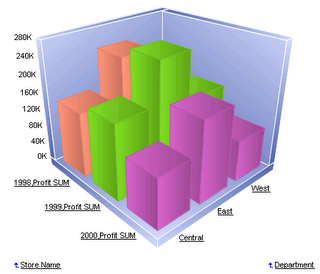 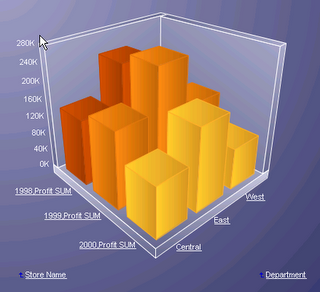 The graph wizard in Discoverer looks pretty much the same, except when you go to the "Style" tab, you will find the new graph styles added (I have highlighted only three below). 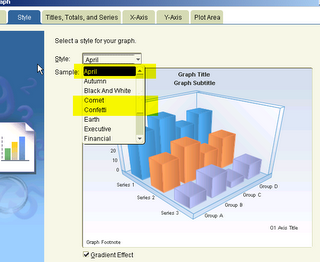 And of course the styles applied are available in Viewer and Portlets. 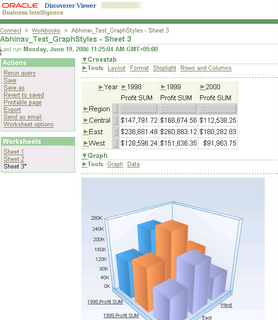 Styles are one of the easiest ways of jazzing up reports and of allowing users to focus more on which graph type works best for displaying different kinds of data and less on how to pretty up the graph.
More on this and other new features in the upcoming Discoverer release soon... Watch out for a mini-series on the new improved Spreadsheet Add-In, which has a host of new and improved features, including better VBA support, named queries in Excel, non-modal query wizard, and lots and lots more.
Tags: Discoverer, Excel
Newer Post Older Post Home