Flipkart and the Executive Revolving Door

T
he contrast could not have been more striking, or poignant.
2017 began on a sombre note for Flipkart, when it announced on the 9th of Jan that Kalyan Krishnamurthy had been named CEO, and its current CEO Binny Bansal would become group CEO. It was the Indian e-commerce startup's third CEO in less than one year.
Three days later, on the 12th, Amazon let it be known via a press release that it intended "to grow its full-time U.S.-based workforce from 180,000 in 2016 to over 280,000 by mid-2018." To let that sink in, Amazon, already a company with a 180,000 employees in the US, would add another hundred-thousand full-time employees in eighteen months. Media was all over the news. 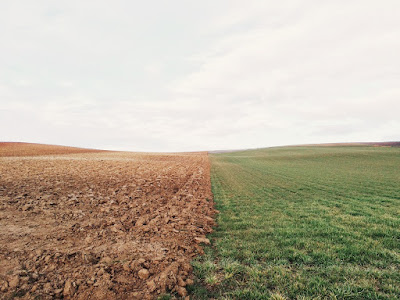 The battle for dominance of the Indian e-commerce market continues well into its third year. For all practical purposes this battle began in earnest only after Amazon entered India in 2013, and since then it has transformed into a brutal, no-holds barred, fifteen-round slugfest between Flipkart and Amazon. Yes, there is SnapDeal that is entering its end-game (there are talks of a merger between Paytm's marketplace and SnapDeal and of senior-level exits amidst rumours of a cash-crunch), there is ShopClues that has had to defer its IPO plans, and an e-commerce tragedy by the name of IndiaPlaza that was among the earliest e-commerce entities, which survived the dot-com bust of 2001, and yet folded up in a most ignominious manner. Ever since Amazon entered India in 2013, it notched up one success after another against the Indian behemoth, Flipkart. Flipkart went from strength to strength when it came to valuations even as it reeled from one blow to another in the market. Flipkart's party finally entered its long-expected yet still-painful endgame in 2016. For Amazon the costs have been equally staggering - billions of dollars sunk into its Indian operations, promises of billions more to be spent, break-even years and years away, and almost every last penny of profits from its parent company being shoveled into its Indian outpost.

Running Circles Around The Revolving Door
People are a company's most valuable asset, so companies say. Companies more often than not think differently. More often than not, companies do not simply know who a good hire is, how an organizational culture of excellence is built upon the right employees, and that throwing money gets you expensive employees, not necessarily the right employees.

In Flipkart's case, the intent was certainly right. Shortly after it closed $1M in Series A funding in Oct 2009 and $10M in June 2010 (worth about ₹50 crores at then exchange rates), they went after hiring talent in earnest. It was not a success, to put it mildly.

"Vasudha Mangalam came in from a technology company to eventually lead HR. Vipul Bathwal, a 2008 IIM Ahmedabad graduate, came on board to identify newer categories. Satyarth Priyedarshi, a former head of merchandising for the Borders bookstore chain in Dubai, was roped in to head buying and merchandising. Tapan Kumar Das, the erstwhile finance head at venture-funded salon chain YLG, joined as VP, finance, along with Anupama Sharma, a Stanford Business School graduate who would lead marketing. Within a year, all five quit." [Can Flipkart Deliver? - Forbes, Jul 6, 2012]

It is not as if the initial exodus of high-profile talent was an aberration. The spectacle of people hired into senior management positions leaving within a year or two, or being sidelined, was a regular feature in the theater that was Flipkart - Sanjay Baweja as CFO, Punit Soni as Chief Product Officer, former Myntra head Mukesh Bansal, Anand KV as head of Customer Experience, private-label head Mausam Bhatt, Sharat Singh as engineering head for its Digital Marketing Cloud, Rajinder Sharma as Legal head, Ankit Nagori as Chief Business Officer, Manish Maheshwari as head of seller marketplace, Joy Bandekar as corporate president, Saran Chatterjee as VP of Product Management, Anurag Dod, Sameer Nigam, and more - the average tenure of senior executives at Flipkart was estimated to be as low as 11 months.

What was worse was that there was no unanimity in the hiring of these senior executives. Take the case of Puneet Soni, the high-profile hire Flipkart brought on board in 2015 at a salary of $1 million dollars (more than 6 crore rupees at the then prevailing exchange rates). He was hired when Sachin Bansal was the CEO. In Jan 2016, Binny Bansal took over as the CEO. Within three months, Puneet Soni had left the company, and was replaced by Surojit Chatterjee as Senior Vice President of Product Management. Less than a year later, in Jan 2017, Kalyan Krishnamurthy became Flipkart's third CEO. This was followed by the exits of Surojit Chatterjee, Saikiran Krishnamurthy, head of Ekart, and Samardeep Subandh, chief marketing officer.

This seemed to suggest that senior executives' tenure was linked not to their performance but to the top man at Flipkart - whoever that may have been. It is not unsurprising for CEOs to want people they know and trust to be in key roles, but in the case of Flipkart, it would have been expected that any senior hire would have had the backing of both founders. Clearly, the exits proved that was not the case. 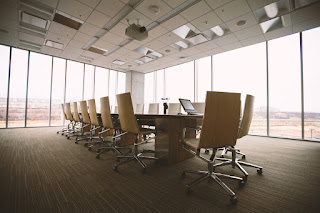 This steady exodus of senior executives should have set off alarm bells not only with the founders, but also at the board. Senior management exits at any company are not uncommon, but Flipkart was witnessing a flood of exits, a veritable revolving door that saw senior executives stay at the company for less than a year on average. Boards ignore such warning signs at their own peril. That neither the board nor the company's founders learned any lessons became clear by the parade of high-profile hires and high-profile exits that continued. A revolving door was an apt image and metaphor.

What could the founders and the board have done differently? Three things:
First, they should have recognized that they - the founders - may not necessarily have possessed the competence to make the right choices when hiring senior executives. The board should have brought experienced heads to consult with the founders. The investors were on the board. They were the ones who were putting in substantial amounts of money into a company that had not made a single paisa of profits in its existence. The investors had leverage and a fiduciary responsibility to guide the founders.

Second, Flipkart should have asked whether talent imported from Silicon Valley and transplanted to India would work? Was Flipkart, flush with investor money, going for trophy hiring?

Third, and most importantly, Flipkart - its founders and the board - should have identified the four critical areas to focus in their hiring process:


Hire functional experts - every successful enterprise is built on a successful division and specialization of labour. Logistics, marketing, analytics, customer service, customer experience, channel management are only some of the functional areas that Flipkart needed to grow in a sustainable and efficient manner. As I will show in the next post, its hires came up short in almost every single of these areas. 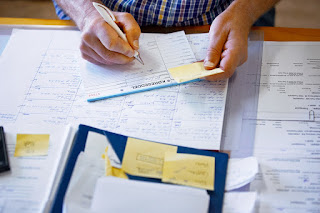 Build planning and forecasting capabilities - every large retail company, and Flipkart is a retail company if nothing else, has to be able to forecast demand very, very accurately. Based on this forecast, it has to procure goods and have a logistics operation that will deliver these items to the customer when an order is placed in the shortest possible time, at the lowest cost, and with the highest quality. Any number of wags will tell you that it is possible to optimize only two of these three parameters - time, cost, and quality. This is where the right person with the right experience can make the difference between mediocrity and success.
Amazon understood that when, in 1998, it hired Richard Dalzell, a vice president at Wal-Mart who became chief information officer at Amazon. Wal-Mart sued Amazon, and the two settled in 1999. Well, what goes around comes around. In 2016, Target hired Amazon Vice President of operations Arthur Valdez, and made him Executive Vice President, Chief Supply Chain and Logistics Officer! Did Flipkart understand the importance of the right hires? It is certainly debatable.


Spell out and reinforce the cultural values that will sustain the business - when Netflix CEO Reed Hastings published (along with others) a PowerPoint presentation outlining what the Netflix culture was and how its practices shaped and reinforced it, and posted in online, it was viewed millions of times, and Facebook COO Sheryl Sandberg said it "may well be the most important document ever to come out of the Valley."

As companies grow, the job of the founders becomes less one of quotidian management and more of overseeing and guiding the company's overall direction and adherence to a culture that reflects the values the founders want to imprint. Did Flipkart's hiring choices truly reflect the "voice" of the company?

Optics matter. Appearances matter. Brand image consultants will tell you a picture is worth a thousand words. As the founders of a high-profile start-up, both Binny Bansal and Sachin Bansal should have been aware of that. Flipkart's PR team should have been aware of that. Yet this image appeared in a Fortune magazine article in May 2016. What do you see below? The founders sitting in the boot of a Flipkart delivery van, surrounded by delivery boxes. Look below - you see the founders sitting with their feet planted on top of customers' delivery boxes. The image was jarring - if customers are important to you, you do not plant your feet on top of their delivery boxes. What if the box holds a holy book that a customer orders from Flipkart? As far as branding goes, this image was an utter and complete failure on the part of Flipkart - to have allowed whoever it was to have talked them into doing this picture.
Contrast this with how Amazon's CEO Jeff Bezos appeared in magazine covers - the second cover, from Business Week, shows his holding an open Amazon delivery box, almost reverentially. The picture conveyed a sense of respect for the customer. Binny Bansal had once remarked - "Our vision was always to be the Amazon of India." He should have known how much attention Amazon pays to its messaging. He clearly didn't. 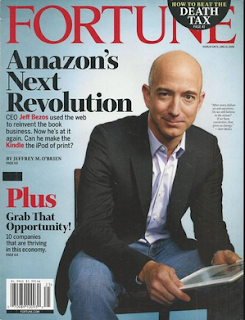 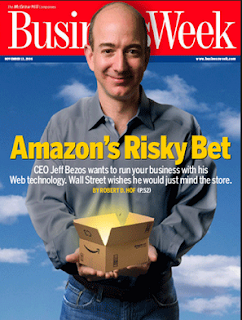 Amazon CEO Jeff Bezos on the cover of Fortune and Business Week magazines.

I have written at length on this fascinating battle in the e-commerce space. When I read about and witnessed its mobile-only obsession I had called it a dangerous distraction, not to mention a revenue chimera and a privacy nightmare. I warned that Flipkart was making a mistake, a big mistake, in taking its eye off the ball in competing against Amazon, using a cricket analogy that should have been familiar to the Indian founders. I gave some more free advice. I wrote about how hubris-driven million-dollar hires had resulted in billion dollar erosions in valuations.