The following is intended to outline our general product direction. It is intended for information purposes only, and may not be incorporated into any contract. It is not a commitment to deliver any material, code, or functionality, and should not be relied upon in making purchasing decisions.
The development, release, and timing of any features or functionality described for Oracle’s products remains at the sole discretion of Oracle.
Here's some information on the "Oracle Exalytics Business Intelligence Machine" that was announced by Oracle CEO Larry Ellison at its conference, Oracle OpenWorld, in San Francisco.

As a historical sidenote, I had written the PRD on Trellis views some time back - it felt terrific to see these visualizations in action.
Press coverage
Oracle Exalytics attacks ‘big data’ analytics — Tech News and Analysis - GIGAom.com

“Everything runs faster if you keep it in DRAM -- if you keep it in main memory,” Chief Executive Officer Larry Ellison said in a keynote address at a conference in San Francisco tonight. “You ask more questions, you get better answers.”
The Exalytics Intelligence Machine Ellison introduced will run Oracle’s Times Ten and Essbase databases, both gained through past acquisitions, in its terabyte of main memory.

Screenshots from the keynote: 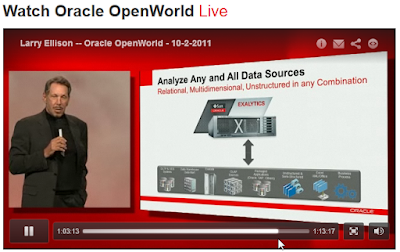 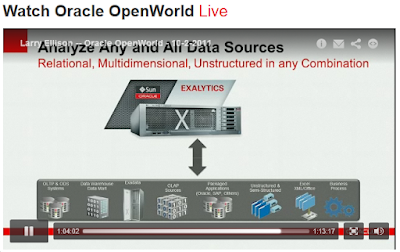 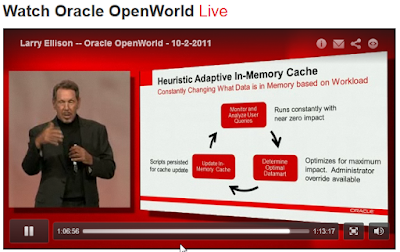 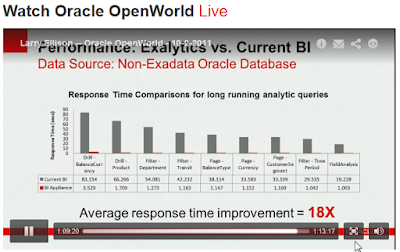 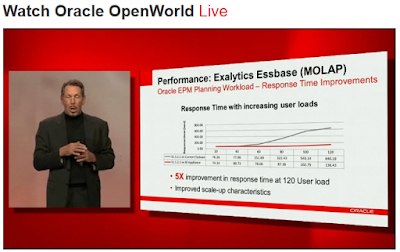 And here's the video replay of the CEO keynote: